​Brad has been coaching for 24 years and has been involved in the sport of trampoline and tumbling as a seasoned competitor for many years. He is a three time Senior Elite National Champion in tumbling with USA Gymnastics. He earned these titles in 1990, 1999, and 2001. He is the gold medalist at the Pan Pacific Championships in 1991. He placed 5th in tumbling at the 1999 World Championships. Brad earned the gold medal in tumbling at the FIG World Cup held in 1998. He is a medalist at the World Championships in 1990, 1992, 1996, 1998, and 2001. He was also a member of the 1992 and 1996 World Championships team for tumbling, where the team earned gold medals. Brad has served as the national coach for several international competitions including World Championships and the Pan American Games. He was the recipient of the USA Gymnastics James Rozanzes Tumbling Coach of the Year award for 2002, 2003, 2005, and 2006. Brad has a bachelors degree in fitness management and recreational therapy. He currently serves as a member of the USA Gymnastics Elite National Coaching Staff.​​​​​​ 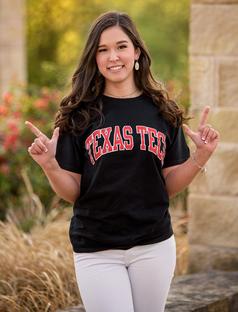 Patti has been involved in gymnastics for 29 years and has been a member of the Ready Set Go family for 19 years. She the author of the nationally recognized TumbleBug preschool program for trampoline and tumbling gymnastics schools. She holds her international judge's brevet in multiple disciplines and is currently one of the highest ranked judges in the United States. She has judged at 11 World Championships, 11 World Cups, several Pan American Championships, two World Games and two Pacific Alliance competitions. She serves as the Program Chair for USA Gymnastics Trampoline and Tumbling Program. She is a former gym owner and coach and has produced various national champions along with the bronze medalist from the 1997 Indo Pacific Games held in South Africa. She is a member of the USA Gymnastics Trampoline and Tumbling Program Committee and is a national safety instructor along with a certified level one coaches instructor. She is currently the director of Region 3 Trampoline & Tumbling organization, which is a non-profit organization that helps to raise funds for scholarships for athletes, coaches, and judges involved in the sport of trampoline and tumbling.

Each of our instructors are a unique part of the Ready Set Go family. Our instructors strive to encourage and influence your child in a positive way while participating in gymnastics and physical fitness activities. We understand you are entrusting us with your most precious possession and we want each child to feel special as they walk through our doors.

Katherine Yu
Katherine is from Plano, Texas, and has been involved in gymnastics for most of her life. She was a gymnast for 8 years, competed in dance for 4 years, and has been coaching gymnastics for 4 years. She is currently studying Pre-Speech at Texas Tech in hopes to pursue a degree in Speech-Language and Hearing Sciences and eventually get her masters in Speech Pathology. In her free time, she loves to spend time with her friends and family. Katherine has loved being able to continue to share her passion for gymnastics by coaching at RSG. 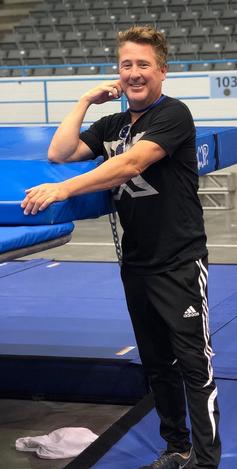 Byron has been involved in gymnastics 37 years and coaching for 28 years. He earned 10 national titles and his international titles include: Bronze medalist at the 1994 World Age Group Games in Portugal, two silver and two bronze medals at the 1995 Indo-Pacific Games in Japan, and a gold medal for Double-Mini Team at the 1999 World Championships in South Africa. He was a 2009 inductee into the USA Gymnastics Hall of Fame. He served on the STTA board of directors as the state chair from 2010-2019 and served on the 2004 Olympic Selection Committee as an athlete representative. He was the national coach for three World Age Group Games in trampoline. His athletes have earned two gold and two silver medals at World Age Group Games and over twenty national team spots over the last few years. He earned a Bachelors degree in Computer Science and a Masters degree in Systems and Engineering Management from Texas Tech. 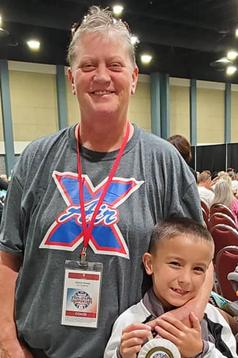 McKenzie Pisciotta
McKenzie grew up in Belton TX and did competitive gymnastics for six years. She started gymnastics at the age of 5 and participated in Trampoline and Tumbling classes. She is a sophomore at Texas Tech and is majoring in Human Development and family studies.

Saylor is a sophomore at Texas Tech University and is currently studying Psychology Pre-Law. She has competed in ​cheer and dance for 16 years and has coached cheerleading, gymnastics, and dance for 4 years. Saylor loves to dance and tumble in her free time and enjoys spending time with her friends and family. 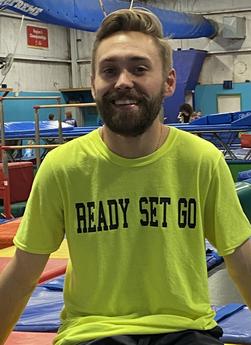 Tamarity Vaughn
Tamarity has been involved in gymnastics  for 14 years. She grew up in a small town right outside of Dallas, TX, where she attended Moe’s Gymnastics Academy. Starting from the age of Six years old, she participated in Trampoline and Tumbling classes. Along with gymnastics, she also has a background of cheer and was on her Middle school team for two years. Growing up with a passion for tumbling and improving skills drove her to pursue instructing classes at Ready Set Go. 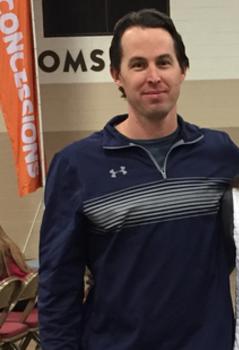 ​Rebecca is from Sundown, TX and attended high school in Sundown.  She is a former gymnast and competed in Trampoline and Tumbling, where she competed at the National level. She currently attends South Plains College and is majoring in Marine Biology.

Brayden is from Dallas, TX and is currently studying Electrical Engineering at Texas Tech University. He did competitive gymnastics for 10 years and enjoys continuing his passion for the sport by coaching here at Ready Set Go.

Aly Miller
Aly grew up in Santa Clarita, CA. She was introduced to gymnastics at the age of 3 and began competing when she was six. Throughout her gymnastics career, Aly won multiple National Championships for Trampoline & Tumbling. During her Freshman year of high school Aly switched from gymnastics to cheerleading and was part of her school’s Varsity Cheer Program for four years. Aly is attending Texas Tech University earning her Bachelor’s in Broadcast Journalism with the hopes of becoming a Sports Broadcaster.

Chloe Rodriguez
Chloe grew up in Snyder TX. She did cheerleading all 4 years of high school, all American for three years. She attended Stars R Us gymnastics for four years. She participated in tumbling and cheer classes! Chloe has interned at Snyder Primary and Snyder Intermediate schools for 3 years. She is now attending Texas Tech University to study Education to hopes to teach 2nd grade! Her love of children led her to Ready Set Go!

Jacob Stephenson
Jacob was born and raised in Lubbock, Tx. He started his involvement in gymnastics as a child and eventually enrolled at Ready Set Go where he would compete for six years for the Air Extreme Trampoline and Tumbling team. In 2002, Jacob received a silver medal for Trampoline and Double Mini Trampoline at the US National Championships in Indianapolis, Indiana. He has been a coach for RSG since 2010. Today, Jacob is a competitive coach for Air Extreme, studies music at Texas Tech as a drummer, and occasionally appears in local TV commercials.

Amanda grew up in the small town of Sundown, Texas and has been involved in the sport of trampoline for almost her whole life. A hobby turned into a passion and she started competing when she was 10 years old. She was a member of the USA Gymnastics National Trampoline Team for numerous years. During this time, she was named to multiple USA World Cup teams and two World Championships teams, representing her country nationally and internationally. She has competed all over the United States and world, including the countries of Mexico, Canada, Belgium, Germany, Holland, Denmark, and Switzerland. Amanda has a bronze medal in trampoline from the 2005 World Championships held in Eindhoven, Netherlands and is the only woman in the United States to compete in the first two Olympic Trials for trampoline; placing third and fifth respectively. Amanda served as the athlete representative on both the state and regional boards for trampoline and tumbling. She has been a member of the Ready Set Go coaching staff for 14 years. She graduated in May of 2016 with a degree in Applied Sciences, focusing on physical therapy.​​​​​​​​​​